Join hundreds of thousands throughout the planet for the 9th Annual World Sound Healing Day on Monday, February 14, 2011. At 12 noon Eastern Time, sound AH for 5 minutes created and projected with the energy of compassion and love. Send AH as a Sonic Valentine to Gaia, our Mother Earth.

The purpose of World Sound Healing Day is:

Anyone with a positive intention to enhance the consciousness of our planet can help co-create World Sound Healing Day. You don’t need to be a singer or have any musical ability to take part in this event.

On February 14th, Jonathon Goldman and thousands of other like-minded individuals will be sending a Sonic Valentine to the Earth as an event he calls “World Sound Healing Day”. For five minutes, meditators, peace activists, sound healers and many others throughout the planet will project the heart sound “AH” filled with the intention of peace and love.

“The “AH” is a universal, non-denominational heart sound that when projected with focused energy is extremely powerful and effective,” Goldman says. He believes that creating a global sound such as the World Sound Healing Day “AH” will create a transformational wave of energy that will positively affect the entire Earth.

An internationally acclaimed author (including Healing Sounds and The 7 Secrets Of Sound Healing) and award winning musician (including “Chakra Chants”, “The Divine Name”, “Ultimate Om” and “2012: Ascension Harmonics”) Goldman has found that sound coupled with intention has the ability to heal and transform: He notes that “The Global Consciousness Project at Princeton University which measures the effects of global meditations and prayers has collected data on a prior World Sound Healing Day. So has the Global Coherence Initiative which measures the geo-magnetic resonance of the earth.” Here are the Global Consciousness results of a prior World Sound Healing Day: http://www.healingsounds.com/sounds/wshdResults2010.asp.

Goldman adds: “While we can’t necessarily draw specifics about the meaning of this data, it certainly shows great promise with regard to the potential of intentionalized sound such as we create on World Sound Healing Day to help manifest positive shifts and changes on our planet.”

This 9th annual World Sound Healing Day, like its predecessors, will consist of both individual and group sound activities occurring throughout the planet. Thousands of people, not only in the United States, but also in many countries in Europe, Asia as well as Australia, will be sounding with the intention of creating peace and harmony on Earth.

I hope you found this useful. So whatever time you are able to sound AH (even if its different to the allocated slot)  then do so as this not only helps the planet but will also be helping to heal and rebalance your own heart chakra. 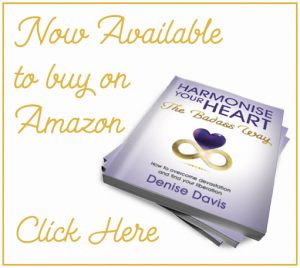